« The Island with Bear Grylls review

ProdID: 6244 - The X-Files: Season One
Type of Show: Supernatural 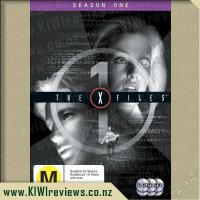 The X-Files: Season One product reviews

Get racquainted with Dana Scully (Gillian Anderson), Fox Mulder (David Duchovny), and all the clever plots dealing with the occult, monsters, urban legends, conspiracy theories, and the rest that made this show an uncanny hit.

I watched The X-Files when it first came out (thanks to my dad), saw it again when on repeat, borrowed the entire series from my dad a couple of years ago and now re-watching it due to reruns on TV again. Here we begin the story of the X-Files, all those spooky and not quite human occurances that don't fall under conventional standards.

Mulder believes in the supernatural and in aliens, stemming from his sisters abduction as a child, as such he carries out his duty as an FBI agent on the X-Files while facing ridicule etc. from fellow FBI members. Scully is assigned as his partner to debunk his theories and cases, she is the logical, straight forward thinker in this show. What I love is that Carter stuck by having Anderson cast as Scully, not your typical 'gorgeous' and so she feels like so much more of a strong character which is great for this series.

Though there are a few corny lines throughout and some of the acting isn't 100%, for what it is and when it was filmed, it is a great show. The alien aspect is there throughout, afterall it is Mulder's driving force but it isn't layered on thick yet, it slowly builds. Some of the creatures they face are rather neat, I personally enjoy the bugs episode...

Love The X-Files, a show I can watch over and over.