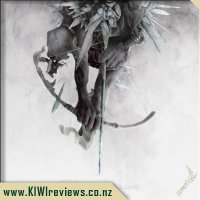 The Hunting Party is the sixth studio album by American rock band Linkin Park. The album, self-produced by band members Mike Shinoda and Brad Delson, was released by Warner Bros. Records on June 13, 2014. It is the first album since Meteora not to be produced with Rick Rubin, after producing the band's previous three studio albums. The title The Hunting Party is a contextual metaphor: Linkin Park is the party that is hunting to bring back the energy and soul of rock.

The Hunting Party is a departure from the band's recent electronic rock sound of their previous two studio albums. The album, described by Shinoda as simply "a rock record", serves a statement by the band against contemporary mainstream and active rock bands, accused by Shinoda as "trying to be other bands and playing it safe". Packaged by an artwork by Brandon Parvini based off an original drawing by James Jean, the album took under a year to record and produce, with material being improvisationally written in the studio by the band. The album also features guest appearances from Page Hamilton of Helmet, Rakim, Daron Malakian of System of a Down, and Tom Morello of Rage Against the Machine.

I lost a lot of faith in Linkin Park after they released 'A Thousand Suns'; even though it was their "'Experimental" album, it was a complete departure of what made them great. What made them a great band was that they incorporated so many aspects into every song; rock vocals + rap vocals + rock music + keyboard/samples (or whatever you refer to the Joe Hahn's turntable work as).

But even though 'A Thousand Sun's was their experimental album, they have struggled to regain back the balance that they once had. It saddened me, as I had always loved Linkin Park in my earlier years.

'The Hunting Party' is a step in the right direction however, with Mike Shinoda and Chester Bennington finally sharing the limelight, instead of the album being split into Chester songs and Mike Songs. The band have suddenly remembered that they own guitars, and have re-learnt how to plug them in, so the grungy-rock sound has returned, even if it is overshadowed at times by the electronic style rhythms.

I have to say, 'Guilty All The Same' is my album favourite. It isn't traditional Linkin Park, and doesn't even feature Mike Shinoda, but it has the energy, pace, and adrenaline that I crave from the band.
The special guests are all very similar in style to the band, and in reality do not offer much extra (with the exception of Daron Malakian, whose guitaring is so characteristically System Of A Down-ish, that I keep thinking it is a S.O.A.D. song.)

All in all, it is an good album. Nothing special. If the music was created by any other band, it probably wouldn't be as popular as it was , but it is still far below the high standard that LP set in their early albums.

Some bands make changes to their style along the way, to keep their sound fresh and their fans entertained. In Linkin Park's case, after Meteora those changes have been so dramatic that they have been controversial amongst most fans. Each album evolved their music and they all eventually grew on you, even A Thousand Suns. So when they promised that The Hunting Party would go back to their roots, I was very excited. Unfortunately the hype only lead to my disappointment.

With every track that passes you keep expecting better to come, but it doesn't really. While this album is the heaviest in a long long time, it feels there is no other purpose but that. The songs are heavy for the sake of being heavy, especially the song "War", and unmemorable. The song "Rebellion" featuring Daron Malakian from System Of A Down sounds more like a S.O.A.D song than LP. That brings me to Until It's Gone and Wastelands, which are my preferred songs on the album and to me the most LP sounding.

Over all this album is a step in the right direction, or maybe even a great album if it was by any other band. But the previous LP albums make us all have high expectations, and expect the next release to be better than the previous, which in this case was not for me.

Score: 9.3
Product reviews for listing 5816: We Rise
Performed by Devilskin

After stomping the NZ rock scene with the infectious Little Pills, Start A Revolution and Never See The Light singles, Devilskin return with their highly anticipated debut album We Rise