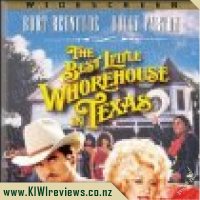 Founded in 1910 just outside of the city limits of Gilbert located in Lanville County, Texas, the Chicken Ranch has for generations been known as the best whorehouse in Texas for its wholesome fun, strict moral code and cleanliness, all perpetuated by its original owner, Miss Wulla Jean. Seven years ago, Miss Wulla Jean passed on, leaving the Chicken Ranch to her favorite working girl, Miss Mona Stangley, who wants to keep the same traditions of Miss Wulla Jean.

The Chicken Ranch has always had the unofficial blessing of the local authorities, who see the ranch providing an important community service, one which most in local authority have used at one time or another in their life. In fact, Miss Mona and Lanville County Sheriff Ed Earl Dodd have been in a relationship for years, Ed Earl, who is Miss Mona's protector, albeit one with a hot temper and good ol' boy attitude that doesn't exactly match the needs of his law upholding position. That blessing may change when television personality and consumer watchdog, Melvin P. Thorpe, one of the most powerful men in the state, starts an on-air expose of the illegal activities at the Chicken Ranch, which includes Ed Earl's role in letting it happen.

Ed Earl and Miss Mona's relationship goes through some difficult times on how to deal with this issue, especially with the upcoming annual party night with the players following the Thanksgiving Day football game between the University of Texas and Texas A&M, which is arguably the Chicken Ranch's busiest night of the year and one filled with tradition for the ranch and the participating schools. Will the Chicken Ranch be able to remain open especially in light of a spineless Governor who sways to the direction of polls, and will Ed Earl and Miss Mona's relationship be able to withstand the pressure?

I'm a huge Dolly Parton fan and was interested in seeing this movie. I was expecting a lot of singing and great songs from Dolly and that is what I got but I also got a good story and some great laughs.

There was a lot of nudity as you would expect with a name like Best Little Whorehouse in Texas so you knew from the start what to expect. I did find it strange that the cast would burst into song at the strangest of times and sometimes I couldn't hear exactly what was said. There was the usual good guys and then the ones who think that they know so much better and no way would they ever visit a place like that.

There were some complex issues, they try and make things appear straight forward. That working girls are a good thing (most of the state have used the services of the chicken ranch at some stage) but then there are some that think working girls are a bad thing and that the place should be closed down.

The songs were good, I find that I will sing some of them at the strangest times. I have this on DVD and would watch it but not when I have young kids at home as I'm not ready to answer questions about what a whorehouse is.

If you like good music then this is a movie for you.

Score: 7.8
Product reviews for listing 8561: Birds of Prey (and the Fantabulous Emancipation of One Harley Quinn) -  Directed by Cathy Yan