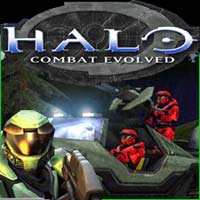 Disclosure StatementFULL DISCLOSURE: A number of units of this product have, at some time, been supplied to KIWIreviews by the company for the purposes of unbiased, independent reviews. No fee was accepted by KIWIreviews or the reviewers themselves - these are genuine, unpaid consumer reviews.
Available:
NOW!

Bent on Humankind's extermination, a powerful fellowship of alien races known as the Covenant is wiping out the Earth's fledgling interstellar empire. You and the other surviving defenders of a devastated colony-world make a desperate attempt to lure the alien fleet away from Earth. Shot down and marooned on the ancient ring-world Halo, you begin a guerilla-war against the Covenant. Fight for humanity against an alien onslaught as you race to uncover the mysteries of Halo.

Halo, the award-winning and critically acclaimed science fiction epic adventure, is coming to the PC, courtesy of Bungie and Gearbox Software. Packed with action, Halo contains all the thrilling gameplay and rich story that made it a smash hit with gamers all over the world. Now you can take the battle online with all new multiplayer including new maps, weapons and vehicles available only on your PC!

The agonizing wait is over, after being snatched by Microsoft for the XBOX, HALO is finally back where it belongs.

The graphics that once caused our jaws to drop and uncontrollable drooling have finally made it the PC. However, due to the length of time it has taken to arrive they now look a little dated. That said, the graphics are still top notch and the outdoor levels are very well done, although I did find some of the indoor levels to be repetitive and boring.

I was pleasantly surprised by the enemy AI and I have to say it’s the best I’ve seen since Half-Life. The AI makes good use of cover, strafing, and is usually smart enough to run away from grenades. Obviously nothing is perfect and it’s quite amusing to watch an alien stare at a grenade that’s just landed at his feet before it shows him how to fly. The marines AI is also quite good, but inevitably someone always seems to blow themselves up with a grenade.

The movement controls are pretty standard for an FPS, but HALO also allows you to control various vehicles using the mouse. Controlling a vehicle is very easy once you get the hang of it and the Warthog is by far the most fun to drive, almost as fun is using the Scorpion Tank to turn Covenant critters into road kill. The only complaint I have is with the Warthog’s acceleration which could be a little quicker.

When it comes to firepower you have a reasonable selection of Human and Covenant weapons and there are two features which really impressed me, you can only carry two weapons at a time, and Covenant energy weapons can’t be recharged. So when your Plasma Rifle runs out you’ll need to find another. These two features make weapon selection much more important than in existing FPS games where you can usually carry enough weapons and ammunition to take out a small country.

I personally believe it’s the little things that make or break a game and HALO is full of these little gems. Things like the rear gunner ‘yeeharring’ as you launch the Warthog through the air, to the amusing chatter of the cowardly Covenant critters. My personal favourite is using a plasma grenade, which stick if they hit someone, on a cowardly critter and watching him run around with his arms in the air screaming ‘get it off, get it off’ before running in a crowd of his friends and vaporizing everyone, nice! The physics system in HALO also makes for some impressive destruction with explosions sending critters flying.

I completed the game on EASY and I highly recommend starting here if your not a FPS regular, as NORMAL is significantly harder and I don’t even want to think about the higher levels *shudder*. I believe multiplayer is where HALO will really shine, as much fun as the single player game is, ripping it up with friends is always better, plus you get access to vehicles and weapons not available in single player.

Overall, I found HALO to be an enjoyable game and I look forward to the next instalment.

No worries installing and running I have XP pro and 2.1ghz AMD 512Ram and 64Mb gforce2
This is a proccessor dependant game so slower machines wont be improved with a flash GFX card

Hmm yes very real though and hot action, however character is a little too tuff in the early
stages and the creatures are usless against a sniper rifle, way cool zoom and night vision, 2 - 4 shots to take down the biggest thing on the first five levels.
A single shot will fix anyone else not behind a sheild. It takes about two
60 shot magazines of a normal rifle to drop the very big guys
Visually it moves well (if you turn newer things off for older GFX cards) draws well and is good
enough detail for plants rocks buildings etc
Your shooting who has time for the scenery.

It was with some trepidation that I pulled the HALO CD out of it's cover and inserted it into my CD drive. After having heard of the troubles encountered by my fellow reviewer I ran the installation program with baited breath. After the enforced DirectX9.0b installation and the 1.5Gb Game install and the obligitory Windows reboot I fired up the game and waited. After telling the game to ignore the warning of a underpowered CPU (I have a 700MHz AMD processor, the minimum is a 733MHz Intel) the game continued loading without any further hitches.

The graphics are as good as they are on the XBox, and that's at 640x480 the higher resolutions produce stunning results. The sound is just as immersive and the gameplay is top notch. All in all gearbox have done a brilliant job of converting this onto the PC. The levels have all the feel of the Xbox version whilst the controls are certainly easier to get to grips with than using the XBox controller. Having played Halo previously on the XBox meant that adjusting to the unique steering method for the various vehicles in Halo was certainly alot easier than if I had to go in cold turkey.

So in summing up I feel that the PC version is most definately they way Halo was meant to be played and enjoyed, and I can see myself busy for the next while.

Well, this is a sad reflection on the standard of today's home PC's and the gamers that buy them. This game, eagerly awaited, seemed determined to install and force a reboot, then refuse to play! It found something wrong with all 6 machines I tried to play it on! VERY double plus ungood guys.

From the preview movie I have seen, this game will be a total winner... if you can afford the upgrades required to sooth the tattered ego of this high-end PC version of the award winning Xbox game. The highest-spec'd machine (a 2GHz CPU, 512Meg SD-RAM, 64Mb 3d video card and tonnes of HD space) was still not worthy enough, in the eyes of the game, to allow it to load and play. On top of that, the game demanded to install DirectX v9.0b - and then stated that there was an issue with the Direct3d drivers and that they were incorrectly configured... yet the DXdiag utility that diagnoses DirectX issues, stated that Direct3d was working 100%! Most strange.

Taking into account that this version was a Marketing Gold, thus not a fully tested retail release, we can give it the benefit of the doubt, so I have scored this game on what little I have seen, and what I have played of the Xbox version - with a slight downgrade so I don't over-hype a game I technically haven't been able to play yet.

From all the marketing hype out there, this game does indeed look like it will be an award-winner on the PC as well, but I will post another review updating this one, *IF* I can actually find a playable version on suitably overpowered hardware out there. Until then I hold out hope, but sit here sadly disappointed.

Killer is Dead is set in a not-so-distant future similar to (but not the same as) the world we know now. The player takes control of an executioner named Mondo Zappa who wields a Japanese sword in his right hand and brandishes interchangeable weapons in his left artificial arm. His ultimate goal is to execute various heinous criminals scattered around the world and beyond.