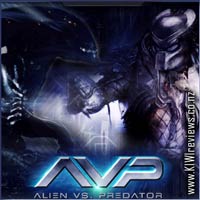 An ancient pyramid is discovered buried in the ice of Antarctica, and scientists investigating the structure discover something terrifying: two races of aliens battling for domination.

As the two species fight, humans find themselves caught in the middle and becoming casualties.

I thought this was one of the better movies I have seen, action packed in the middle including one scene of an alien's head being chopped in half (very dramatic).

Though I missed a few minutes in the middle of the action, I was stuck from minute 30 till the end.

Not a great movie. Had it's good parts but they were few and far between.

Would probably avoid this one.

Well, not alot I can add to that review...

Except to say that I totally agree with the previous reviewer. And I was so looking forward to this movie too...

NOT a Sci-fi movie to be added to my collection.

I wasn't expecting much, since I found the Predator movies a little corny and the alien movies a little overbaked... but I was interested to see how they would handle the cross-over... badly.

Set in present-day (10th October 2004 in fact... 4 days after I am writing this review) Antarctica, a passing satellite spots an unknown heat-bloom 2000 feet (666 metres give or take) down under the ice. The heat wave outlines a pyramid that predates all others, and also shows some sort of under-structure. So of course someone's going to go have a look-see.

In rolls the usual band of morons, including ice-drillers, scientists, hard-as military-types, and the usual assortment of anonymous kill-fodder characters. Added to this is Mr. Wayland, supposedly the creator of the 'Bishop' androids from the Alien series of movies.

Well, to summarise my main gripe, through a time-warping sequence that somehow manages to a) squeeze the weeks-long gestation cycle of the Alien species into a few hours, b) allow all-but-one of the hapless explorers to be either murdered or converted into gestation pods for aliens, c) get a pile of teenaged Predators killed or infected with Alien larvae... and all with a totally overblown number of pathetic fight scenes and pointless explosions... ah heck, this movie just didn't make much sense.

I am so confused by the movie's seemingly random attempt at a plot, I can't even keep it straight in my head! This plot had holes big enough to drive the Titanic through! Example, if we encountered the Predator species in a jungle war years ago, why didn't we recognise them this time? And if we encounter the Alien species now, why is it we don't recognise them when Ripley encounters them on the alien planet in 150 years time?

Overall, this movie was totally a waste of money. It's only bonus was the special effects, and even they were nothing too great... seemless though they were, they were quite often time-warped to the point of being distracting. This one will NEVER be sitting on my DVD shelves.