« Chuggington - Wheels to the Rails review 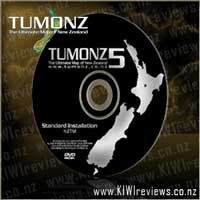 OK, a cartographer, a programmer, a logistics officer and a property developer walk into a bar...

...then over a few beers come up with a great idea to make maps interactive and easy to access, while also allowing a huge range of possible uses, features and plugins making it a powerful, yet economical, tool suitable for any number of uses.

Well, I have no idea how exactly TUMONZ actually came about, but it was one way to open the review.

I have had the great pleasure of watching TUMONZ grow from strength to strength over the years, and I must say that this latest incarnation, apart from being utterly unavoidable due to the change in the cartographic standard NZ has switched to, has gained a few really good additions. However, I am sorry to say, still suffers a few shortfalls, particularly in the usability and readability of the HELP system... but more on that later.

The good bits: Apart from now using the Topo50 maps system, making it internationally compatible with a far greater range of mapping applications and GIS systems, it seems to have a far better integration with Google Maps, the inclusion of a 21-layer dataset of the Department of Conservation lands, the updated and converted property module data and re-projected aerial photos modules (for those who have opted to purchase them), plus a new-look interface. I can also say that a full install of the Core applications, the Property Boundary module and the entire set of High-Coverage Aerial photos is a full 1.05gb SMALLER than in version 4, which I found not only pleasing but downright impressive!

On the topic of the interface... the sidebar is now down the left side, and is designed as a set of 'accordian panels', where clicking on each 'section button' expands it out into the top section of the sidebar and opens all of it's sub-options. This will take some getting used to for some, myself included, and I am still trying to figure out if I like it or not. With a definite preference for options and configs down the right side, moving all the controls to the left just feels wrong. I would have liked to have seen an option allowing the user to select left or right. Sure, it's now in line with such applications such as Outlook (-shudder-), but it's not at all in line with such powertools as "Photoshop" where the majority of tool configuration resides on the right (hand) side. Yes, this may be just a personal thing, but after discussing it with a number of other product assessors in the circles I travel, concensus was split, but slightly in favour of "Right is Just Right".

Now, the bit I have been waiting for... the User-added icons. At first, despite cruising the "MyData" HELP files until my eyes blurred, I could not find a way to add my own images as icons. With a bit of guidance from one of the Vision Software staff, I was able to locate it under the "Sidebar > Settings" helpfile... not where I would expect to find it, since the functionality is in the 'My Data' panel. After following the instructions, I found I could add icons, however actually getting them to be selectable was difficult, and frustrating to say the least. After an hour, I simply gave up and fell back on Plan B, loading the default icon file into Photoshop and editing it directly myself. Confusing, yes. Intuitive and user-friendly, not really. Though the functionality *is* there, and the help files are decidedly detailed, it 'feels' like it's written for technical high-brows of a standard exceeding that which makes it readily accessible to a far wider prospective market. Sadly, I am starting to notice that this application is moving away from the vast majority of it's potential users. I fail to see a rural farmer working on this with the ease with which it *could* be done.

I also found that when locations I had marked with icons needed to be adjusted, it was awkward to 'relocate' them. Icons *CAN* be relocated, but it is not an easy operation if you have to move them extremely large distances. As long as they are moving within say 100km of their previous location, it's as simple as "Hold down CTRL, click-n-drag the icon to new location, then press ESCAPE to lock it in the new spot." However, if you are wanting to relocate it from Christchurch to Auckland for example, this becomes a series a of drag-the-map-around steps, as even when you have "Show at all zoom levels" selected, it the icons WILL still vanish or scale down to invisibility as you zoom out. Could there not be an option to "cut'n'paste" an icon, or better yet, zoom the view to the new location in the map, then select the desired icon in the list and choose "Reposition this icon to the current location"... it seems not. Yet.

Another feature I think should be modified is the "Clear Search Results" button. The search box is amazingly flexible and powerful, able to locate streets, towns, cities, businesses, even specific property owners, anywhere in the country... if they are in the database... but if you do a BIG search, and then want to clear the screen of all those grey squares... you only have one 'official' way to do it, and it's a little counter-intuitive. You need to select the column header [Results for -search-:] and THEN you get your 'clear results' button down the bottom of the panel. How about having the button appear and be active if number-of-results is greater than zero? Far more user friendly IMHO. Prior to discovering this (again thanks to some prompting from the staffmember at Vision Software), I was clearly them by simply doing a search for something I knew would return zero results.

Speaking of the search system, you should also be aware that the new version still carries a bug in the search system from way back in v2, where the first word of the search string can be capitalised or not, and will still generate results if any are to be had, but the second and all following search terms *MUST* be case-correct... searching for "Queen street" will give you no results at all, while "queen Street" will return 147 possibles to choose from! A strange and highly irritating bug that should be easy to fix.

OK, that's all the stuff that really was ripping my shorts... and disregarding those issues, I have to say the new version *is* pretty good. I have noticed it loads faster, runs faster, operates smoother with reduced drag on the system resources, and on a powerful machine (as it becoming far more common these days) it is almost instant-access to anything you need. The high-coverage aerial photos now span most of the country, including almost all of State Highway 1, with only a few 'blank spots' in the South Island. The Property Module has been updated, as is to be expected, and basically she's been given a thorough overhaul... the results are very pleasing, though not awe-inspiring.

Overall, though the cost may seem steep at first glance, when compared with some of the other packages out there that range into the moderately-scary-thousands, this package weighs in well above it's price-bracket, providing features and tools at a fraction of the cost of even it's nearest rivals. You will find it takes a bit to get used to, even if you are an experienced user, but the ability to shove the sidebar off into a single column, effectively giving you near-fullscreen maps without reducing functionality is simply brilliant. A little more work still to go, with free updates already in the works, means that this is worth keeping your eye on if you have any possible need for accurate maps at any scale you could desire.