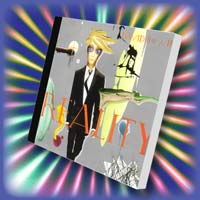 Disclosure StatementFULL DISCLOSURE: A number of units of this product have, at some time, been supplied to KIWIreviews by the company for the purposes of unbiased, independent reviews. No fee was accepted by KIWIreviews or the reviewers themselves - these are genuine, unpaid consumer reviews.
Available:
Mostly

*Bonus pack, containing a DVD with music videos on it. Price may vary in NZ.

Ever since I saw Labyrinth as a kid, I have been a fan of David Bowie. I have some of his Ziggy Stardust albums, many of the movies he's starred in, and much of his after-Ziggy stuff on CD... and I still enjoy listening to it on quiet nights. Let's face it, he's just a great musician.

However, this latest album carries a different tone, more modern. I am still not too sure if I like it or not, but with lots of playing, I think it will grow on me.

With a more techno feel to it (especially the released single, 'New Killer Star') it is good music, sure, but is it really the David Bowie we all know and love? Prince tried 'going modern' and it backfired on him, so he's returned to his roots (as shown by his latest album, Musicology) so I am kinda hoping David does the same.

Overall, still great music, but not the Bowie we grew up with. This is the 21st Century Bowie.

Score: 8.3
Product reviews for listing 628: In Your Honor
Performed by The Foo Fighters

'In Your Honor' is the 5th studio album from the Foo Fighters and is a work of extreme contrasts. It's a double CD: one disc is the Foos at their most powerful - a rocking collection of tracks that Dave even calls "brutal" and "aggressive". The other disc, an Acoustic affair, is the exact opposite, but perhaps could be seen as the yin to the yang. Dave refers to this disc as "delicate" and "beautiful". Grohl's philosophy behind the approach was ... more...