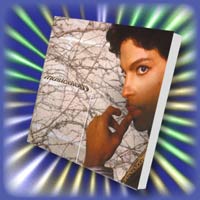 The artist currently known as Prince can produce works of blinding brilliance that is actually recognised, as evidenced by Purple Rain, but like many artists his genius is often missed by the market, and the rambling triple album Emancipation was a case in point. In parts breathtakingly good, and in parts a mystery that I lacked the intellect to understand.

Then there's Musicology. Funk, sex, soul and brilliance as only Prince can do, and strangely accessible. This is a great album to put on at the early stages of a party when you want people to loosen up, and for a late night dinner party of 2 it's as good a CD for making mischief to as anything by Barry White.

Musicology doesn't have the sheer brilliance of Purple Rain, but it's still a fantastic album, and for any other artist it would be a career highpoint. It's accessible, it's groovy, it's funky and it's clever.

Never really been a fan of Prince... kind-of liked "Raspberry Beret", "Purple Rain" and the music he was putting out back then... but his more modern stuff really didn't appeal... too much focus on the show, and not enough on the content. But then, that's been fairly typical of a lot of 'artists' these days thanks to the teeny-bopper heartthrobs and the manufactured bands we have endured recently.

So it was with no small measure of trepidation that I hit PLAY and settled back to see what "the artist formerly known as prince and now known as prince again" had in store in his latest offering to the masses... and I was really pleasantly surprised!

Still not what I would put in my top-10 listening selection, but certainly more in touch with the raw, more artistic Prince I remembered from my youth. He has trimmed the glossy coatings away, peeled back the show-off screams and squeals, and once again revealed the pure, enigmatic Prince from the early years... the stuff that made him popular in the first place.

As Prince himself puts it... "I am really an artist and musician at heart, that's what I do. Musicology has no boundaries or formats. It is long overdue to return to the art and craft of music: that's what the album is about. School's in session"

And after that, what else can I say, other than "Yes, this is a great album if you liked his early stuff, or have more musical taste than a pitbull." My only grissle... the funky cardboard foldy-pack is a pain to fit into a CD-stack holder. This one is best on a shelf or in a pile. :)

Score: 8.8
Product reviews for listing 94: Soundtrack: Queen of the Damned -  Performed by various