« The Book of Rapture review 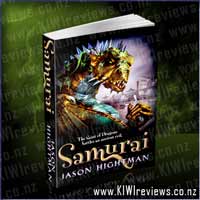 Exotic adventure and nonstop action explode as West meets East in this second breathtaking story of "The Saint of Dragons".

Dragons revel in human misery and leave a trail of pain and death wherever they go. They live alone, masquerading as their victims, unrecognisable to all but a select few.

Simon St. George is back, and still learning to live with his father - brash Aldric St. George. But, just as he is getting used to the security of a new family, as well as continuing to learn the business of dragonhunting, he finds out another shocking revelation - he is not the last of the dragonhunters.

I could not put this book down. After reading the first page, the need to turn each page became a waking hunger to learn more about the characters in this book.
This is a tale of danger, by a boy and his father as they struggle to defeat an ancient evil in the world, and the many disguises it can take in the human form.
The twists and turns of the plot make this a ripper of a tale. The boy and father's desire to beat the evil also brings them together in a mutual understanding, and trust in each other's abilities, along with the help from an unlikely team of allies to the cause.
There are hints that there could be more tales from this author and I can honestly say I am eagerly awaiting the next story.

Chaos threatens to overwhelm two worlds as the most dangerous force ever encountered threatens to invade Midkemia, while the most treacherous magician in history - the madman Leso Varen - begins to wreak havoc on the world of Kelewan.

Pug and the Conclave of Shadows are determined to find Varen, only to discover that he has usurped the body of one of the most powerful men in the Empire of Tsuranuanni, a Black Robe and member of the ... more...