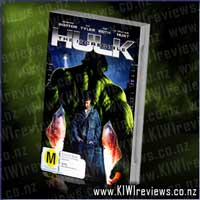 This explosicve action-packed adventure, in one of the all-time most popular super-hero sagas, unfolds with a cure-within-reach for the world's most primal force of fury: the Incredible Hulk.

Scientist Bruce Banner is living in the shadows, scouring the the planet for an antidote. But the warmongers who dream of abusing his powers won't leave him alone - nor will his need to be with the only woman he has ever loved, Betty Ross.

Our brilliant doctor is ruthlessly pursued by The Abomination, a nightmarish beast of pure adrenaline and aggression, whose powers may exceed the Hulk's own, and a fight of comic-book proportions ensues, threatening New York City with total destruction.

I was tempted to give this movie a miss, after watching the first attempt at "Hulk". But after noting that the actor playing Dr. Bruce Banner had changed to Edward Norton, I thought it could be worth a go. And I'm glad that I did. The incredible Hulk far surpasses the original. Whether you consider graphics and CGI, or look at the personality of the characters and the atmosphere, this film was the winner by a landslide.

This film covers Banner's attempts at hiding and escaping to Brazil, learning to control his anger until he can find a cure. Unfortunately, he is soon tracked down, and forced to fight off a Strike force led by Emil Blonsky. Blonsky having survived his fight with the Hulk, joins the super soldier program, and undergoes a painful procedure to become stronger, and soon becomes power hungry. Going as far as drinking some of Banner's blood, Blonsky eventually turns into an Abomination that wreaks havoc upon the city.

As with any Hulk movie, there is a lot of CGI, but it is done tastefully, with most effects within a realistic range. But the true winner in this movie, are the leads. Bruce Banner and Emil Blonsky worked so well together, it was almost a Batman and Joker combination.

I have been umming and ahhing whether to watch this movie, as I never really watched the tv series growing up. I needed to have a friend want to watch it to actually watch it myself.
The first 45 mins seemed like the longest of my life, it was painfully slow, and it seemed like one guy (Banner) was running for his life from everyone. I feel it took too long for the movie to actually show the Incredible Hulk in full. I waited in anticipation for him to be revealed and when he finally was revealed, I was disgusted, I thought he was ugly as sin, and I have no idea what all the hype was about.
In saying that the second half of the movie was AMAZING! It was full of action, and it made me sit and watch til the end!
The special effects were amazing, but for some reason it was in the back of my head saying, that isn't really possible - it's just great effects.
If I thought the Hulk was ugly, what do you think I thought of the Abomination.... Lets just say the Hulk became a sex god compared to the Abomination. He was so freakishly gross I winced while he was on screen.
The plot line is solid, and I enjoyed the added bonus of the "undying love" of Betty Ross and Bruce Banner, and the fact Betty's father was the one responsible for all the chaos that ensued.

I will definately be watching this movie again, but I hope I can enjoy the beginning a bit more the second time round.

I once had the misfortune to sit in a theatre and watch a highly dubious version of this tale and was wondering why on earth anyone would want to ruin what started off as a great TV series back in my youth, all over again. However, I got the DVD to review and I watched it.
Then I watched it again.
And again.
And again.
Wow, was I impressed. it was amazing what could be done with a good plot when quality actors are used, a decent budget is thrown at it, and top notch special effects are used properly.
The story really popped, the characters were believable and in no way mechanical, the interactions between live-action and cgi were seamless and astoundingly hard to spot the pastes, and really, I couldnt fault this one at all. OK so it didnt get a full 10 because even with genetics messing around with everything from sheep to humans I cant see anyone developing a drug or nanobot that can do this kind of stuff for at least another 50 years. And we all know gamma radiation is utterly lethal and in doses as high as portrayed, wont mutate you so much as shred every cell in your body and leave you looking like the aftermath of Nightmare on Elm Street.
All in all I really, REALLY enjoyed this version so much better. I was so offended by the first attempt I refuse to review it because it's not possible to enter negative scores. I also had to laugh that they got the original 'hulk' from the TV series, Lou Ferrigno, to play the security guard in both movies. Nice little cross-over face-slap from the director there. And as usual, Danny Elfman puts out a stunning soundtrack for us.

The march of technology, embodied in the dark iron forges of the ambitious Tatara clan, threatens the natural forces explicit in the benevolent Great God of the Forest and the wide-eyed, spectral spirits he protects.

When Ashitaka, a young warrior from a remote, and endangered, village clan, kills a ravenous, boar-like monster, he discovers the beast is in fact an infectious demon ... more...